Positioning in FX and Precious Metals: CAD in focus after BoC Meeting

Speculators had no overarching theme last week, as far as I could tell, just trimming USD short positions somewhat.

The biggest increase in percentage terms was in CAD (+33% long), presumably following the Bank of Canada meeting on the 20th (the first day this data week covers). They also increased EUR and CHF longs, albeit only marginally for EUR. On the other hand they cut their JPY, GBP, AUD and NZD longs. Specs are once again now effectively neutral AUD (and MXN). 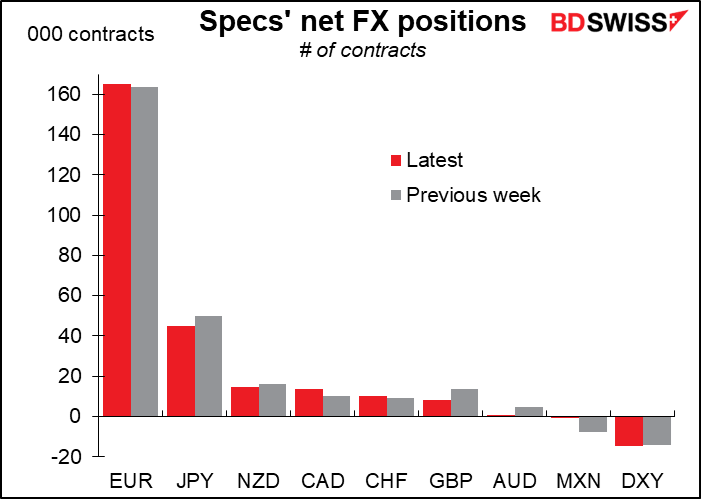 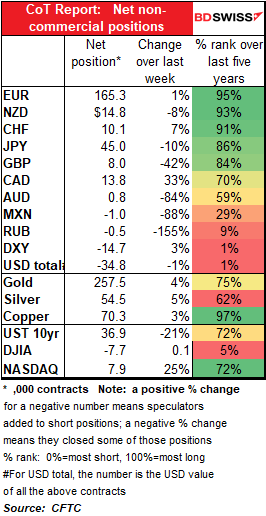 Hedge funds, on the other hand, increased their long MXN position, which was already their biggest position. They reduced most other longs, except for CAD, where they went from a small long (143 contracts) to a bigger (but still relatively small) long (2,491 contracts). They became less optimistic for GBP, cutting GBP/USD longs and EUR/GBP shorts. 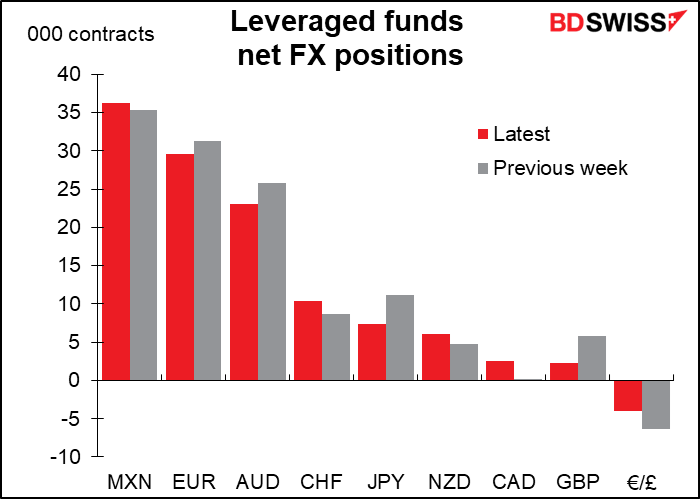 Retail investors also raised their CAD longs – that was their biggest move of the week. Otherwise they too mostly trimmed their currency longs, except for JPY and GBP. 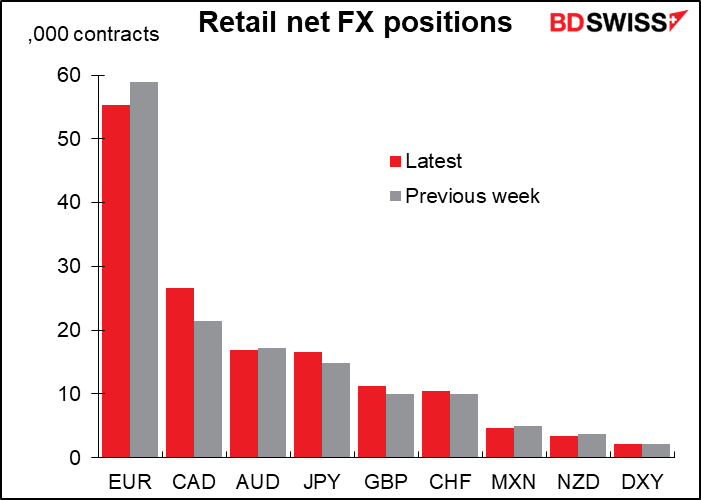 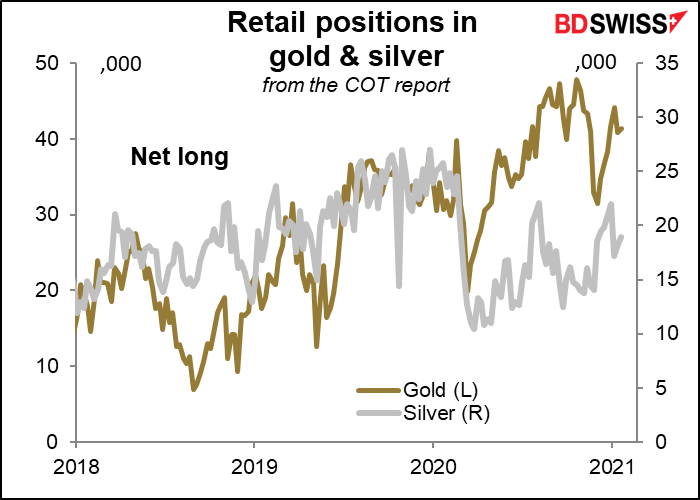 When the wallstreetbets crowd talks about attacking the silver shorts, I don’t know who they’re talking about – only the producers are short in the futures market, and they’re normally short as they’re selling their production ahead to lock in prices. 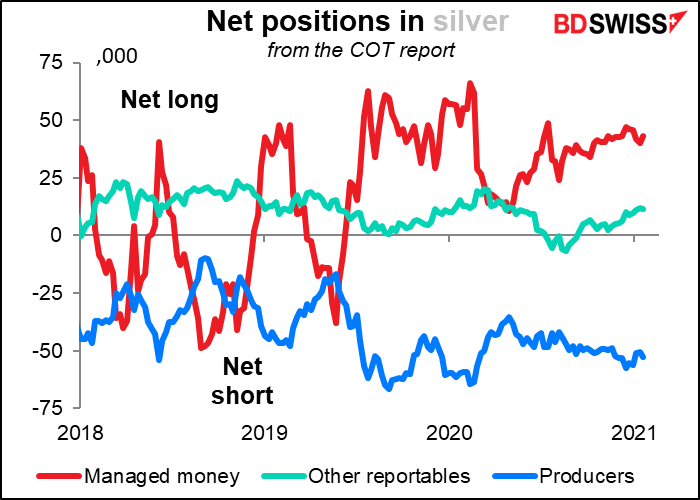 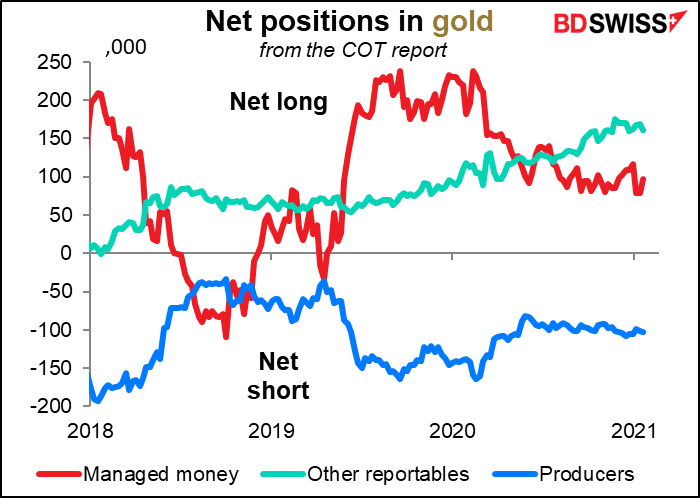 In the risk reversals (RR), the biggest increase was in the USD/CAD RR, which rose sharply, indicating more demand for USD/CAD calls. This is odd, because it means increased interest in protection against a rise in USD/CAD (i.e. a weakening in CAD), whereas the activity in the futures market was generally bullish CAD (i.e., positioned for a decline in USD/CAD). Perhaps it was due to hedging interest by those who went long CAD in the futures market?

The AUD/JPY, NZD/USD and AUD/USD RRs all fell sharply. Same as with the jump in USD/CAD RR, these moves signify increased hedging against a possible weakening in the commodity currencies. 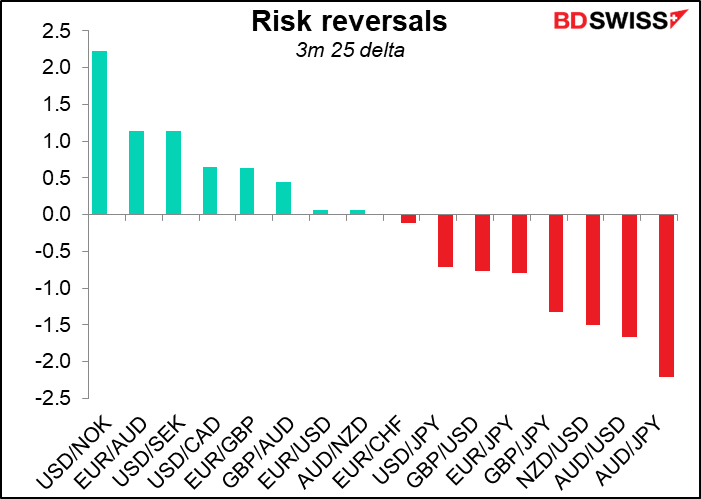 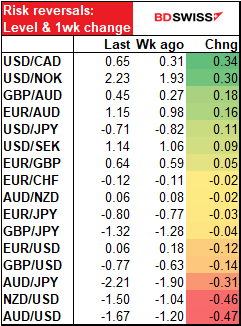 Implied Volatility: higher all around

Implied vol rose for every currency pair I follow, suggesting that this should be an exciting week for traders as rates are expected to move more than they did last week. The commodity currencies (AUD and NZD especially) plus GBP saw the biggest increases. 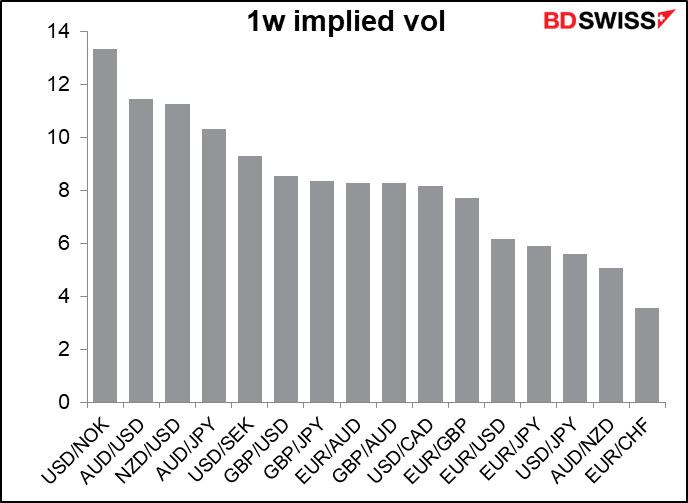 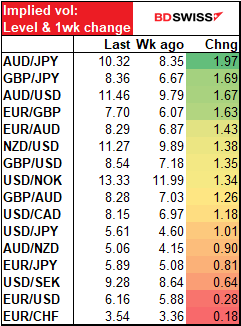 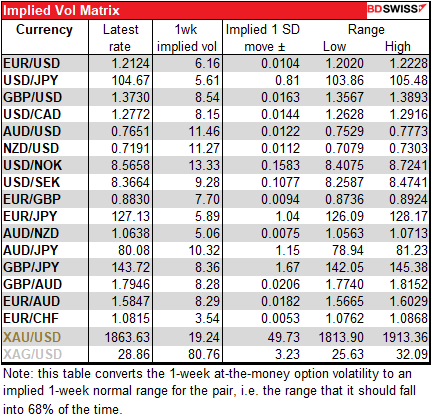 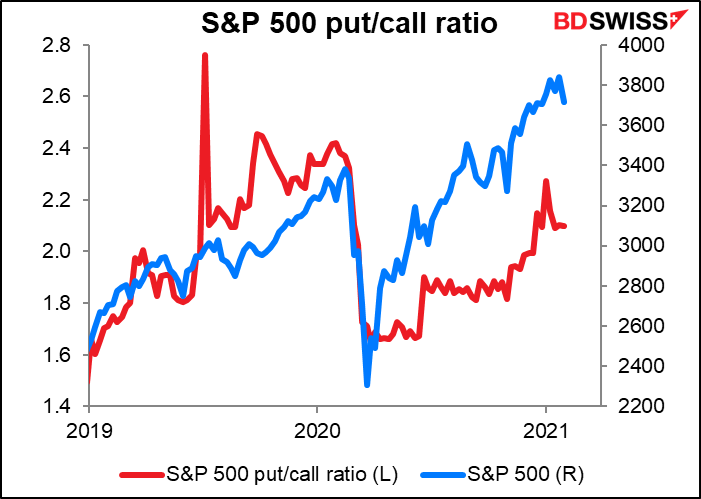 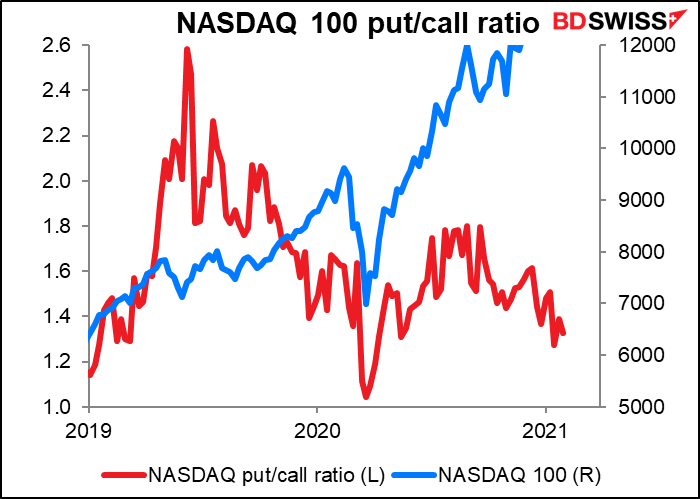 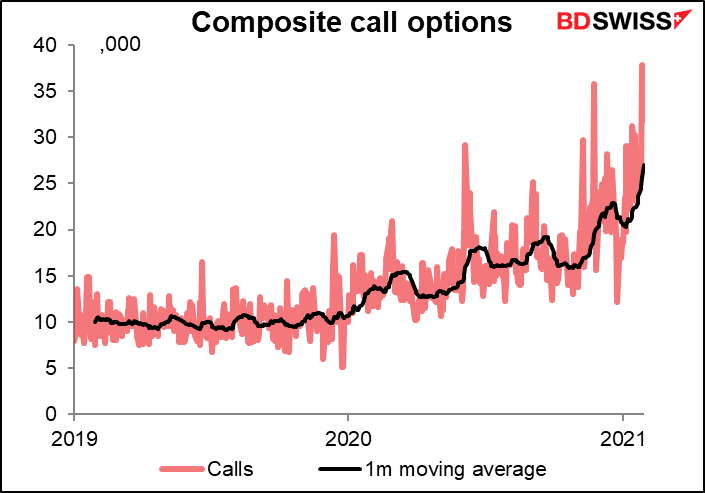 Is Silver “Going to the Moon”?

Bank of Canada meeting: Nothing Doing