The big change – big in significance, but barely visible on the graph – is that speculators flipped to go long the DXY index for the first time since the week of 9 June.

It’s a tiny position —  437 contracts, barely visible on the graph – but given all that we’ve heard in recent months about the “death of the dollar” etc, this is quite a change. It may be the first indication that investors think a Biden win would enable the US economy to recover faster than it would under the current regime and would therefore allow the Fed to start raising interest rates earlier than is currently priced in. 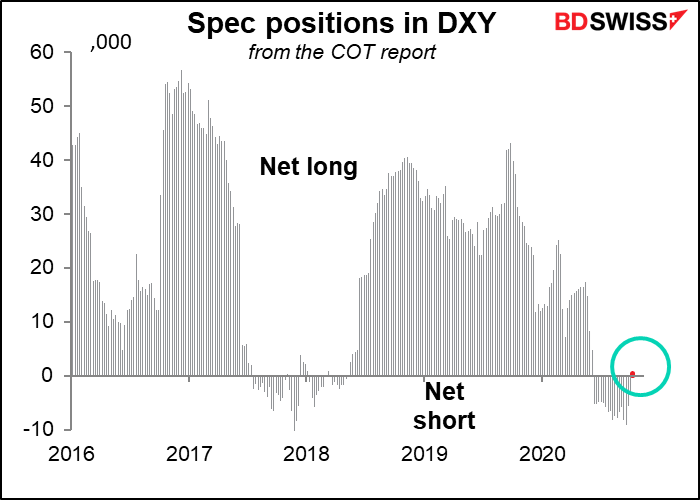 Specs continued to reduce their EUR positions, but again only slightly. We see this every week, a small drop in net EUR longs. 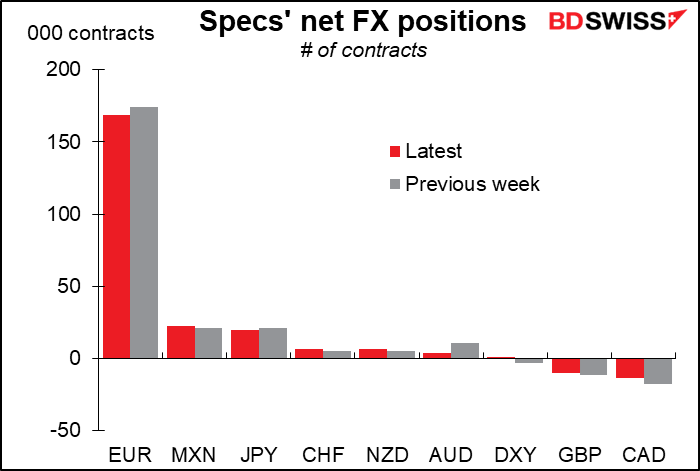 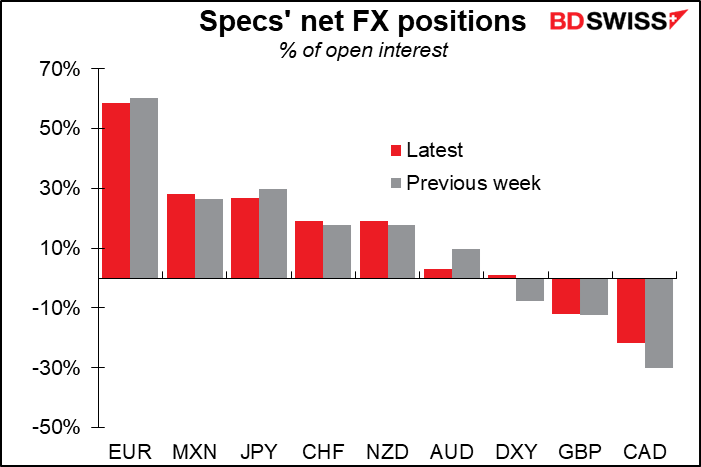 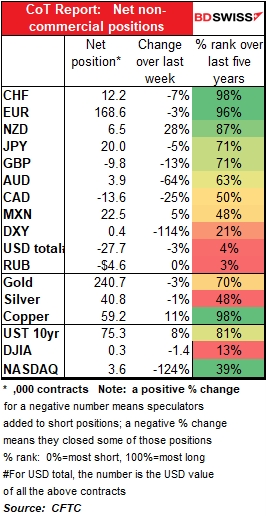 Asset managers and leveraged funds have a very different view of the world, apparently.

First off, asset managers barely changed their positions during the week, except to cut their short GBP positions modestly.

The big difference is with regard to AUD. Asset managers increased their AUD longs, albeit they’re still pretty small (from 4,048 contracts to 12,244 contracts). On the other hand, leveraged funds cut their AUD longs by almost a third (from 32,449 contracts to 22,315). They also flipped from a small short NZD position to a tiny long NZD position. Again, the changing view on AUD, although in this case not coupled with any significant change in CAD positioning. 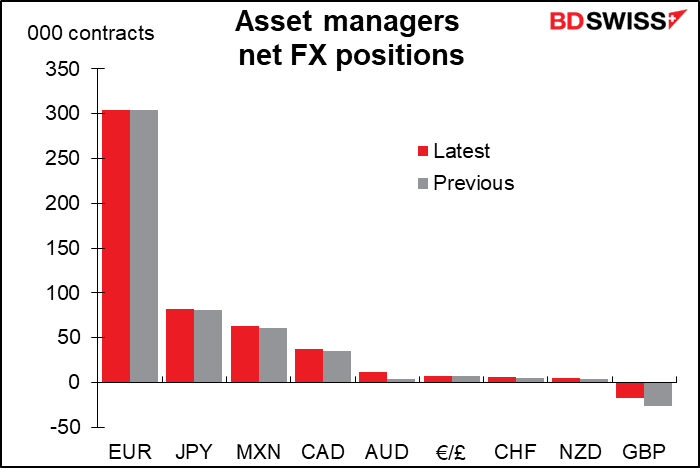 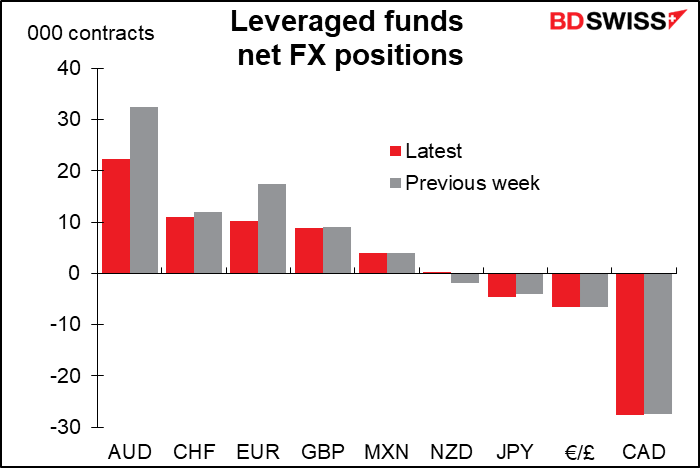 Retail bucked the big specs’ move. They increased their AUD longs by 69% while cutting NZD longs. They also doubled their CAD longs. At the same time, they too cut their JPY and CHF longs, indicating less concern about the risk environment. 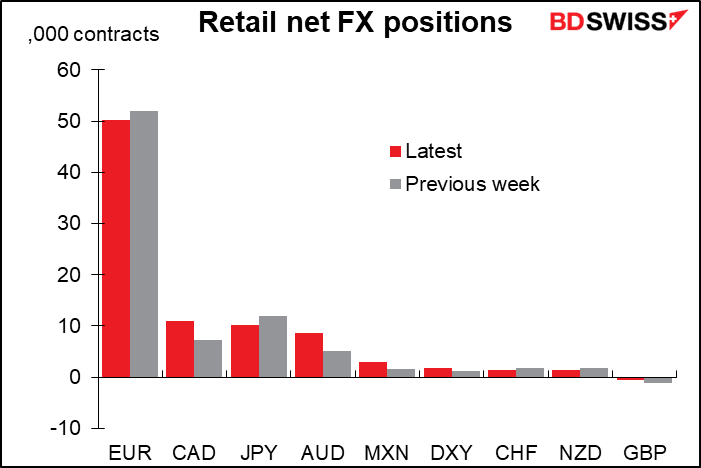 Aside from the Scandis, the biggest changes were in two JPY pairs – AUD/JPY and GBP/JPY – where the risk reversal went further negative. This indicates demand for protection against GBP and AUD weakening vs JPY. However, this does not seem to be related to any general fears about GBP or AUD, nor to any particular bullishness for JPY, as the move was pretty much restricted to those two pairs. 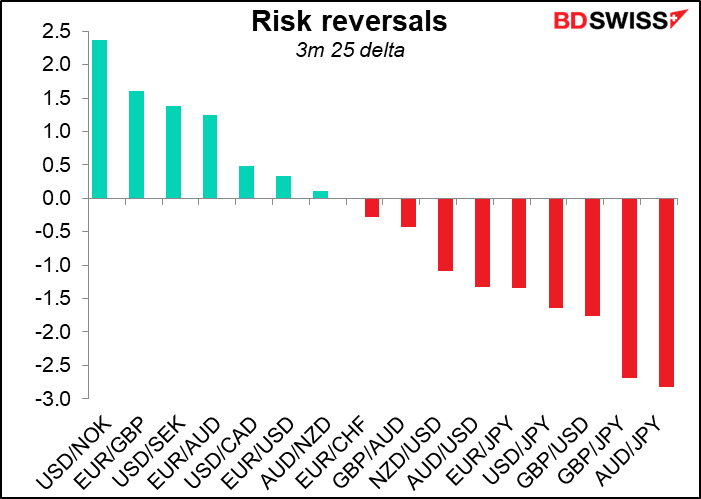 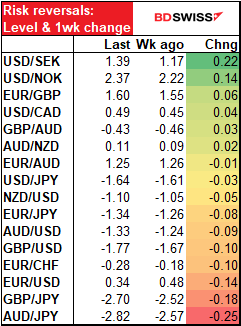 The market still expects GBP to be the most volatile currency (after NOK, which we don’t talk about that much as our clients aren’t that interested in it). But the implied volatility of the GBP pairs fell sharply over the last week, indicating that the market expects GBP to be somewhat less volatile, perhaps now that the European summit is past and the self-imposed 15 October deadline for a deal has come and gone without negotiations blowing up.

USD/JPY implied vol also fell over the last week, suggesting again that people are less concerned about a big blow-up in risk.

USD/CAD implied vol rose, perhaps a reflection of the increased interest in CAD? 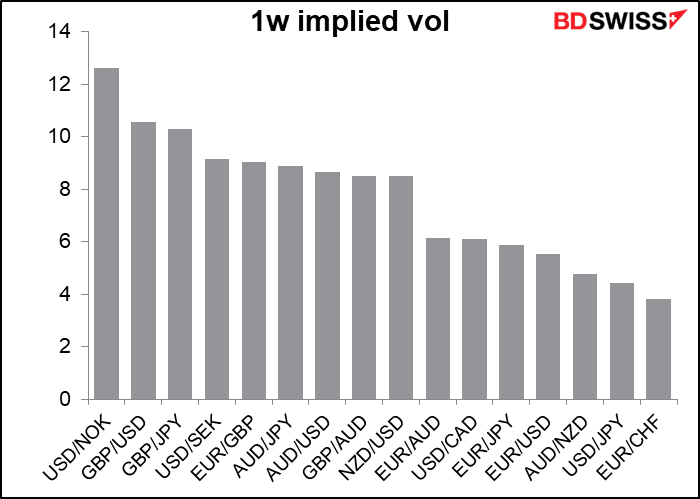 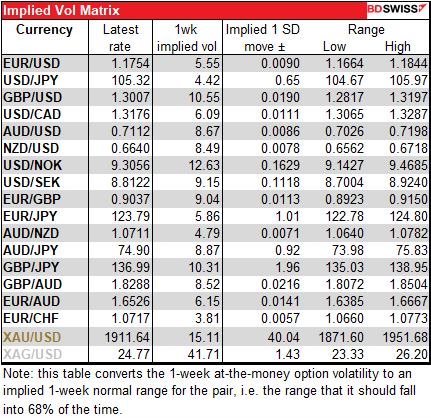 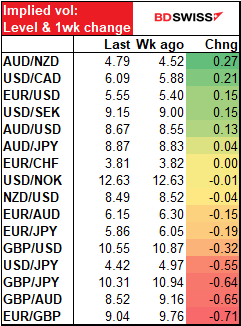 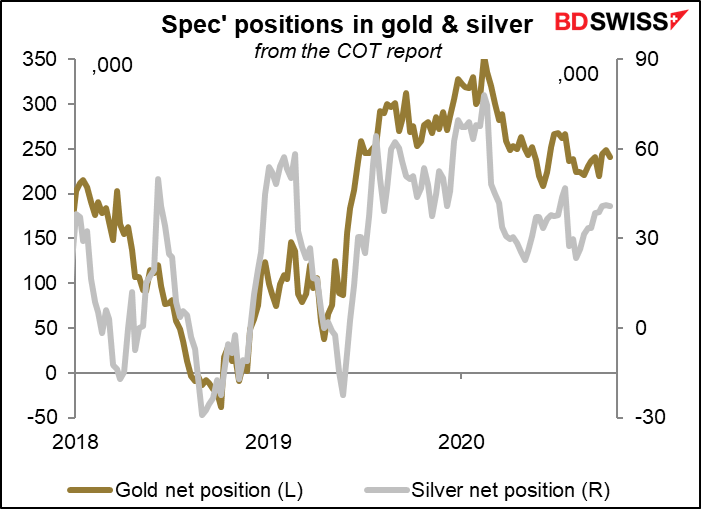 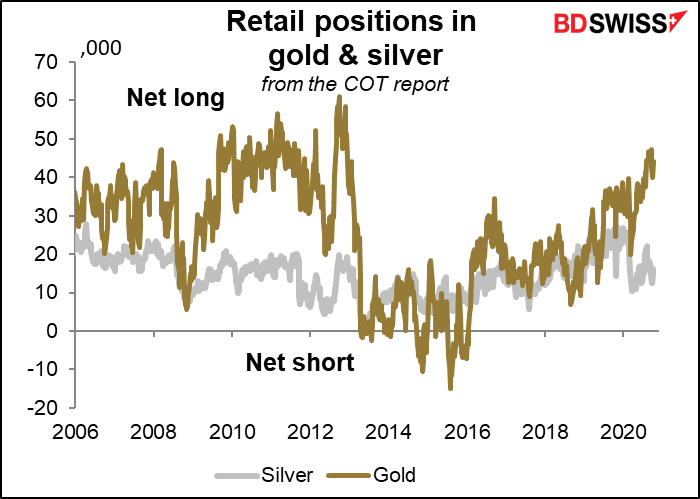 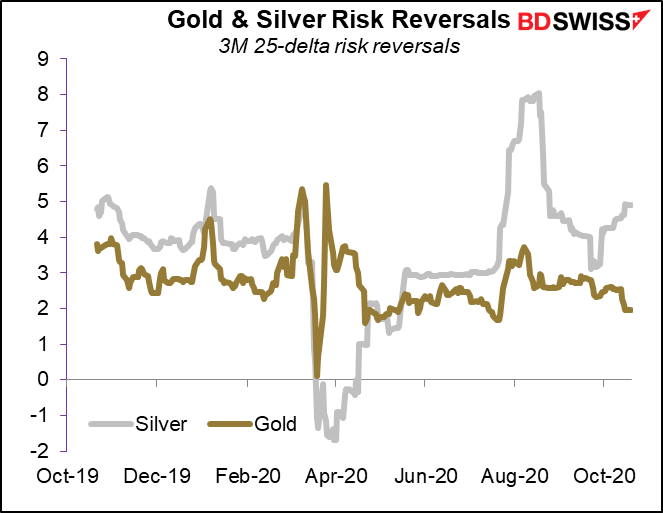 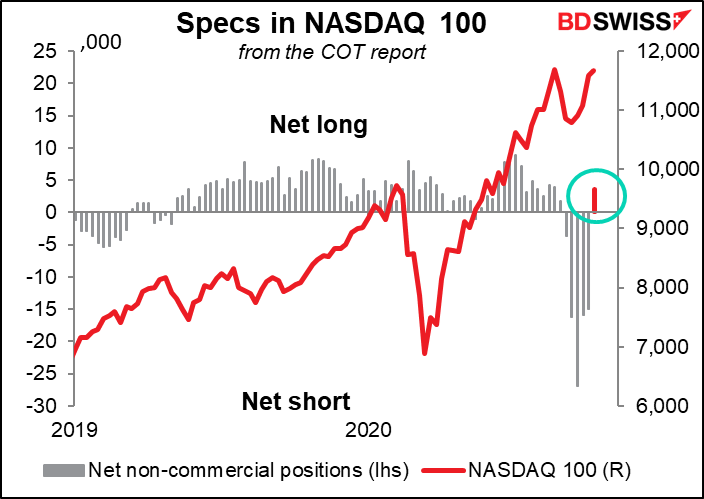