AUD & NZD Up, EUR Down in Trendless Market; US Personal Income & Spending 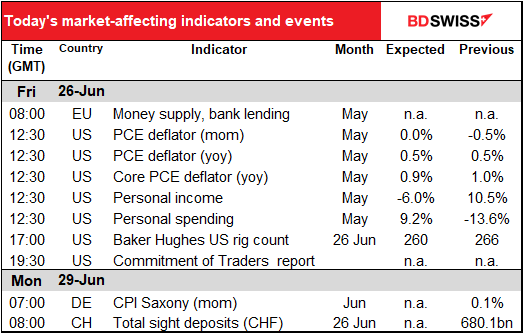 Yo-yo markets! Wednesday the S&P 500 was down 2.6% and all the Asian markets were lower, Thursday the S&P is up 1.1% and Asian markets are mostly higher. So if the decline Wednesday was due to worries about the virus, what is it today? Are people no longer worried about the virus, even though it’s getting worse day by day? Texas Governor Abbott halted the state’s phased reopening as virus cases there accelerated, and Centers for Disease Control (CDC) Director Redfield estimated that virus cases may be ten-fold higher than reported. Safe-haven assets were bid in this environment, and an auction of $41bn in 7yr notes yielded a record-low 0.511%.
Yesterday’s US statistics were mixed – in particular, about 1.5mn people are still losing their jobs every week and the pace of decline in jobless claims has slowed notably. Yet oil gained and the commodity currencies were the best performers – except for CAD.
I don’t understand why EUR was so weak. The minutes from the ECB’s June meeting included a detailed explanation of the proportionality of the Bank’s Public Sector Purchase Programme (PSPP) and of monetary policy more broadly. This section took up nearly a quarter of the minutes, constituting a serious attempt by the ECB Governing Council to satisfy the German Constitutional Court’s (GCC) ruling. Separately, it came out that the Governing Council authorized the ECB to share some confidential documents with the Bundesbank, the idea being that the Bundesbank would then share them with the German government and the court. I would’ve thought that their attempt to defuse the situation with the GCC would’ve helped EUR more, especially in light of the mediocre US jobless claims figures.
Perhaps end-month and end-quarter flows explain a lot that reason and deduction can’t.

Today’s market
Not much during the European day today.

When the US opens for business, we get the personal income & spending figures and their accompanying inflation gauges, the personal consumption expenditure (PCE) deflators. Normally I put more emphasis on the PCE deflators, which are of more interest to the FX market, as they’re the Fed’s preferred inflation gauges. But now the key question facing the market is not what will the Fed do – it will do whatever is necessary – but rather what is the economy doing. In that respect, personal income and spending are crucial data points, because consumption is the basis of the US economy.

I believe it’s more useful to look at levels rather than percentage changes, which are going to be all over the place for some time.
Personal income soared in April as a lot of people got supplementary income checks (I finally got mine this week! Alas only $11.55.) It’s expected to fall back in May, but surprisingly, to remain above the pre-crisis level. 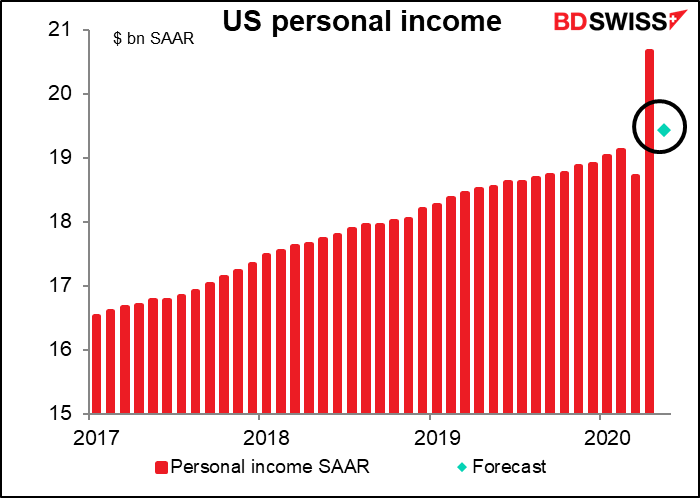 Personal spending, which plunged in March and collapsed in April, is expected to recover somewhat (+9.2% mom) but that would still leave it 12% below pre-crisis levels. 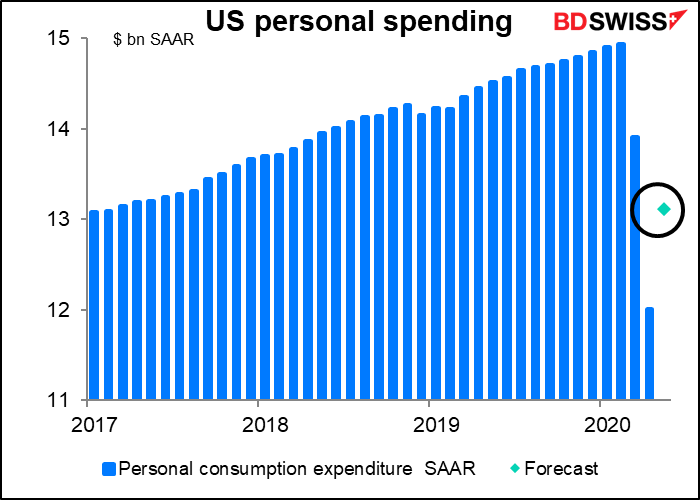 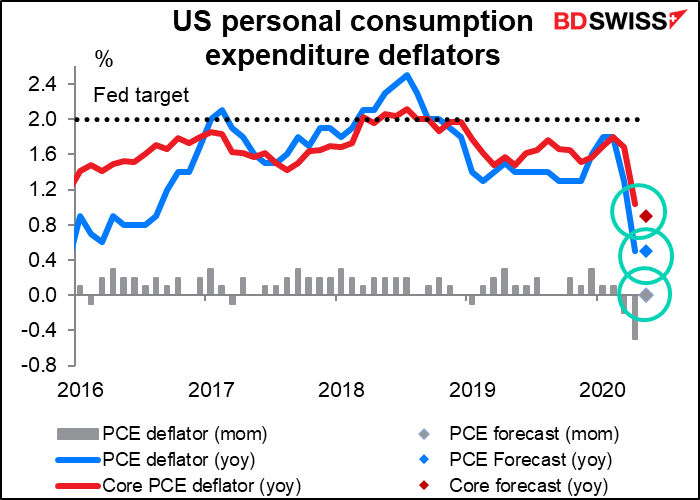 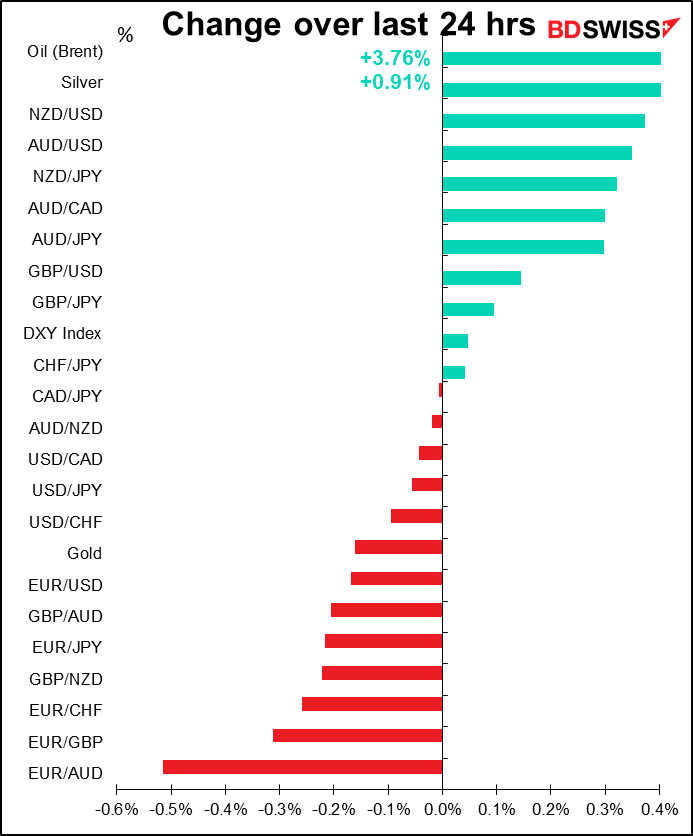