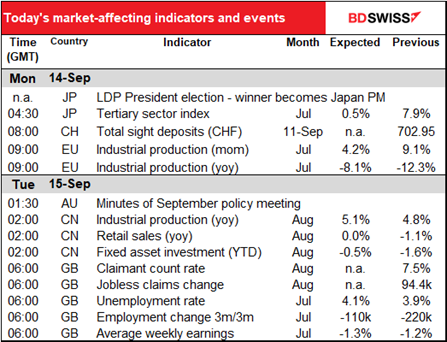 After the wild gyrations in markets last week, investors seem to be burned out by the weekend. Ranges were fairly narrow (S&P 500 closed up 0.05%, NASDAQ -0.60%) and the lethargy seems to have spilled over into the FX market, where there’s not much change to talk about.

NZD was the only big mover from Friday morning. It rallied sharply after the press reported PM Ardern would announce the Covid-19 alert level at a press conference in the afternoon, on hopes that she’d announce an early end to the restrictions in Auckland. In the event she extended the current curbs for another week, but agreed to move the alert outside Auckland to level 1 from level 2 on 21 Sep. (Lower level = less stringent.) The currency had a spiked up and then back down but has resumed rallying in almost a straight line ever since 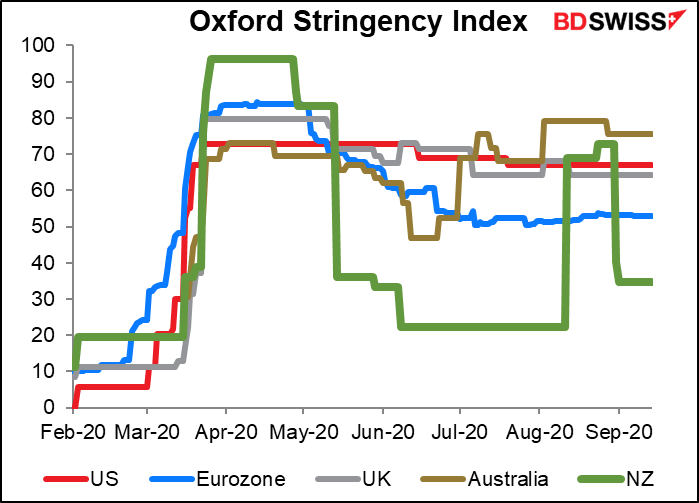 I must say, they seem to be acting out of an abundance of caution. Admittedly it’s a small country, but cases had only risen to a fraction of the earlier level. 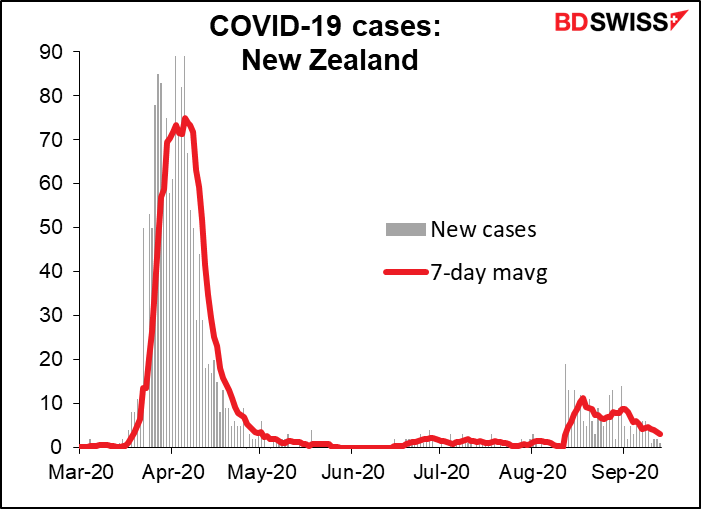 Not so Britain, where one wonders what was gained by the earlier lockdown. 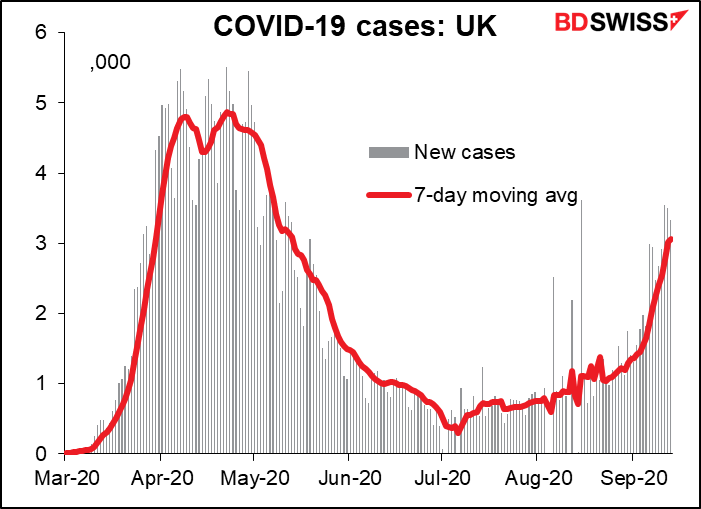 EUR largely ignored further comments on the currency from ECB members on Friday, as they were consistent with the ECB’s message on Thursday. ECB chief economist Lane said that the EUR’s recent appreciation dampens the inflation outlook, which may be true in theory but as I’ve stressed before is contradicted to a large degree by the ECB’s own research, which says it isn’t particularly important. On the other hand, Bank of Lithuania Governor and ECB Governing Council Member Vitas Vasiliauskas played down the recent rise in the euro. “We should watch it but historically it’s not that exceptional,” he said, in what’s to my view the most honest observation about the currency recently from an ECB member.

GBP continued to weaken even though there were no major Brexit headlines, or at least nothing new. The combination of Brexit and the resurging virus disaster has made people think that perhaps PM Johnson is not the best person for the job. However, that’s political uncertainty and health policy. Economic uncertainty has been falling for some time in Britain as the government and the Bank of England have been relatively clear on their plans. 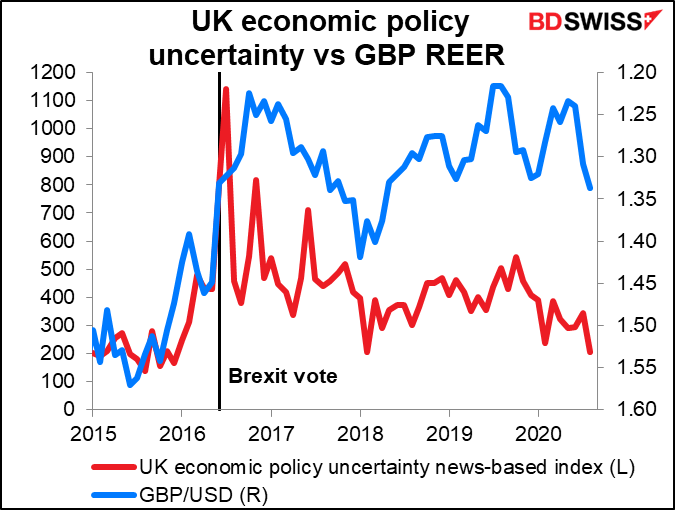 By contrast, US economic uncertainty hit a record earlier this summer as people wondered what would happen with the CARES 2.0 package. Uncertainty has since fallen, but that’s not necessarily a good thing. It’s because people now know that nothing will happen with it until the election is over.

As you can imagine, most of the US uncertainty has been focused on entitlement programs. But other areas too have elevated uncertainty, although trade policy is no longer the dominant factor that it was some months ago. And the Fed’s communications policy seems to be successful – a little less-than-average uncertainty around monetary policy. 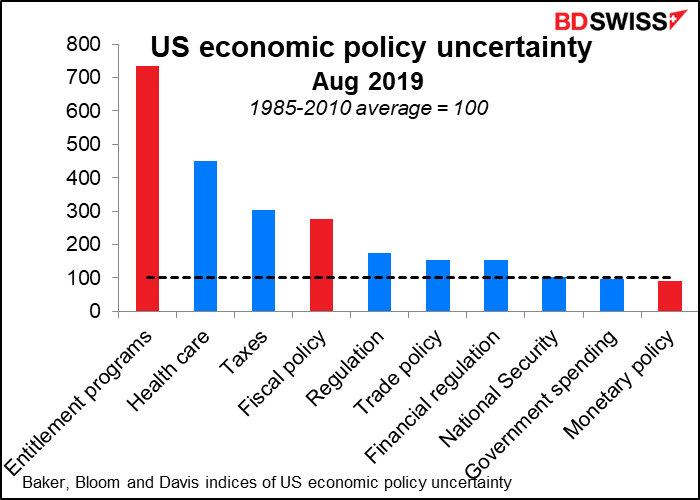 Not much in the European day. EU industrial production is expected to have recovered further in July, but remains well below pre-pandemic levels (-7.8% from January/February average). This shows continued improvement but nothing stunning – I don’t think it will move the needle on anyone’s views. 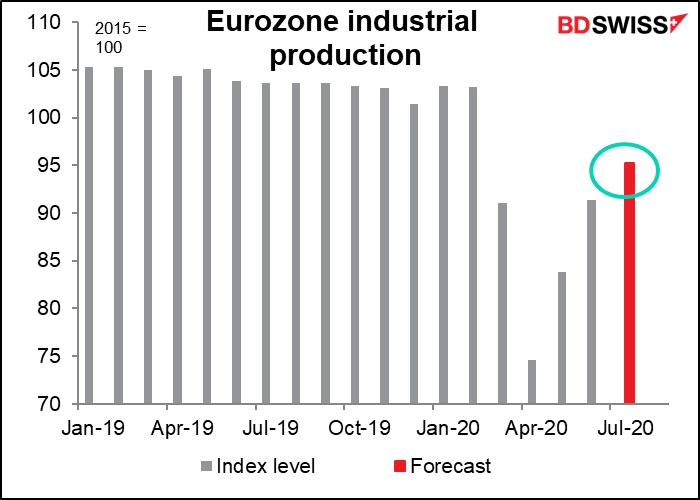 Overnight, China will announce its retail sales, industrial production and fixed-asset investment (FAI). It’s almost back to normal. The market is expecting growth in industrial production to accelerate to 5.2% yoy, which is not that far off the average growth rate of 5.5% yoy for the second half of last year. Meanwhile retail sales are expected to finally return to the year-earlier level, as is FAI (almost). Signs that things are back to normal in China could be good for risk sentiment and help boost AUD and NZD. 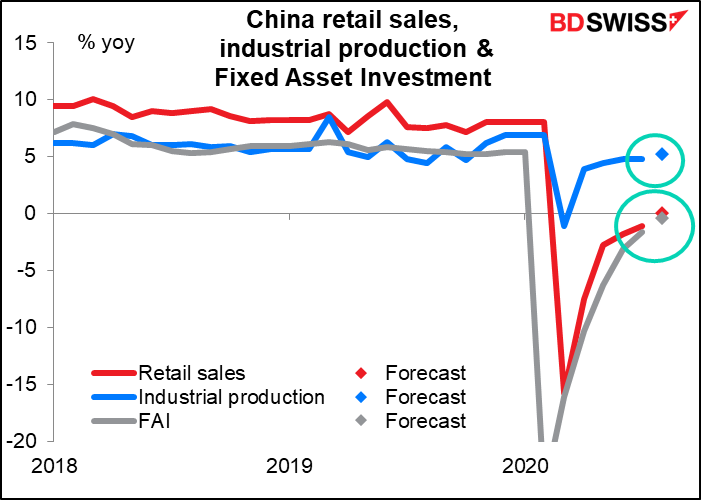 Then we wait until the morning comes and the UK announces its employment data in all its multifaceted glory. I’m particularly intrigued that although there are no longer any forecasts for “claimant count rate” and “jobless claims change,” interest in those is very high. The “jobless claims change” is the centerpiece of the labor statistics (93.1 rating) followed by the unemployment rate (89.7) and then the claimant count rate (81.6). Interest in the “employment change” figure – usually the most important number for most countries — is extraordinarily low (17.2).

The claimant count rate and jobless claims change are for August, while the others are for July. Furthermore, the unemployment rate and change in employment are rolling averages and so are slow to reflect sudden changes. 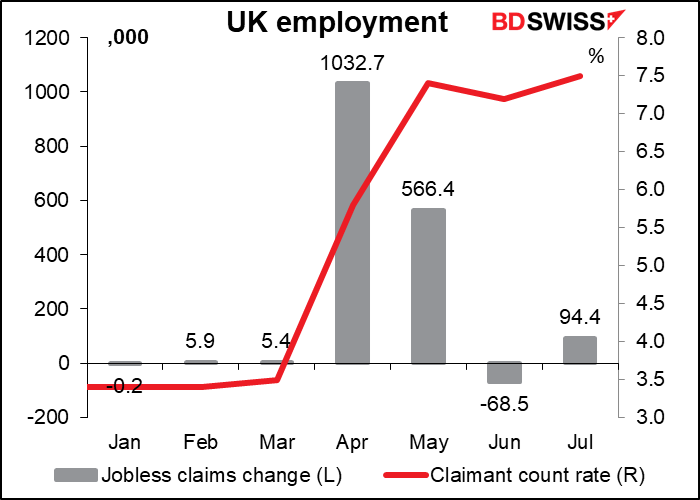 Compared to the jobless claims and claimant count rate, the change in the official employment figures and unemployment rate has been surprisingly modest. That eliminates some of the noise but during a quick-changing situation like we have these days, also eliminates much of the signal, too.

In any event, the number of people in work is expected to fall (although not as much as in the previous month) and the unemployment rate to rise notably. This is a result of more people coming back into the labor force as they get more optimistic and more mobile, but at the same time a plunge in the number of jobs available (vacancies are around half what they were before the pandemic). But the UK furlough scheme and other job-conservation measures have kept the unemployment rate well within historical levels – for now. 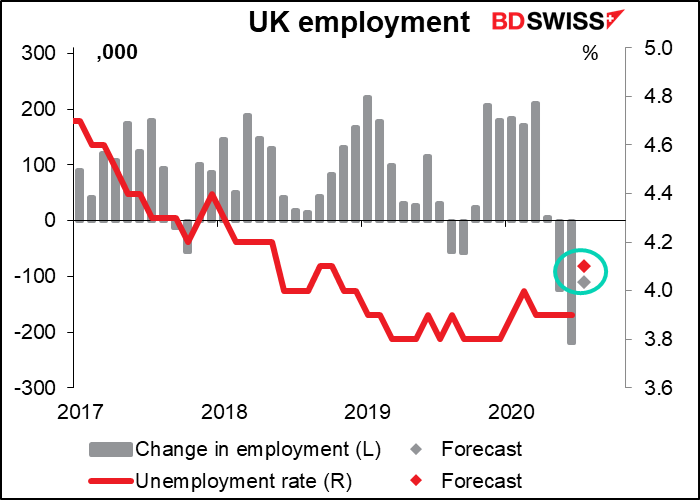 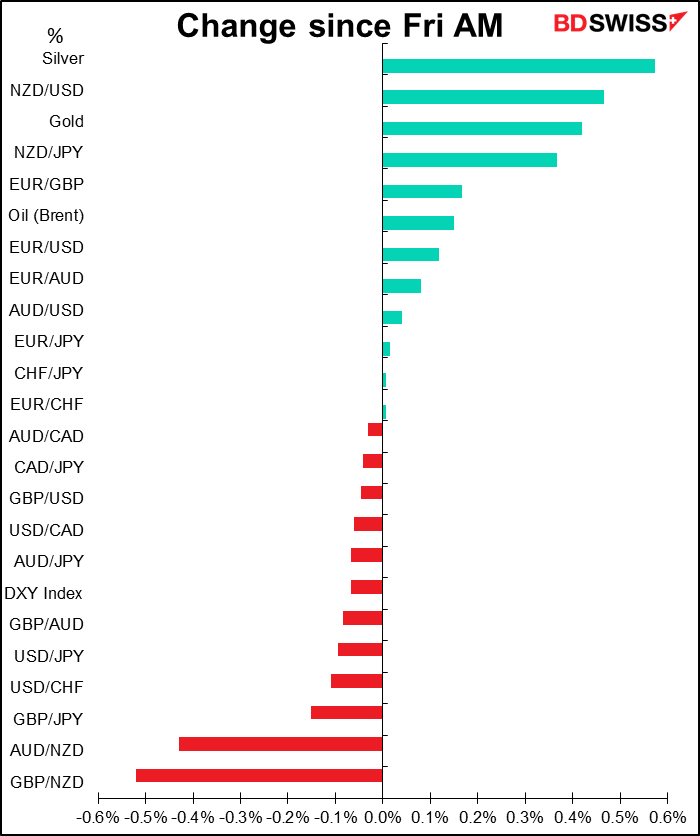